March 2012 in Dubai is all about Magical nights and Magnificent Art. Taking place between one of the most anticipated events in Dubai (Art Dubai) and the Iranian New Year Celebration, The Fourth Edition of Magic of Persia was more beautiful than it had ever been. 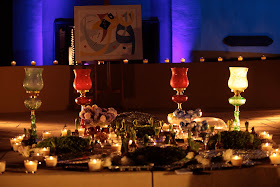 A truly inspirational three-­‐day event of music and art, Magical Nights sought to highlight the on-­‐going Nowrooz celebrations with the spectacular vision of Ali Bakhtiar, whose attention to detail and extreme theme approach to quality event presentation, themed each night with his unique Nowrooz designs. 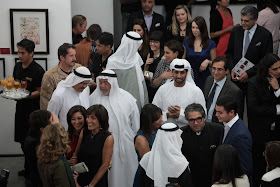 The exclusive 3 nights event launched in a glamorous evening on the 21rst of March with a silent auction at Al Salsali private Meuseaum. The art lovers were welcomed to examine the Art Work of the the carefully selected Persian artists which was exhibited immaculately on the Gallery’s wall from the 12th of march in Al Quoz Area, setting their eyes on their favorite pieces as well as preparing for the big auction night.  An undoubtedly memorable event, Magic of Persia brought together 59 of the 79 donating artists from across the world, The guest list included leading artists such as Farideh Lashai, Ali Banisadr and Farhad Ahrarnia.  Joining force, artists were gathered to experience Magical Nights as well Art Dubai, also to start a dialogue with their fellow artists across the world, sharing their common talent and vision.

MOP guests were treated into canapés and bubbles where they got to meet few of the Talented Artists. On March 22nd  the Magic of Persia Celebration continued with a concert to remember, embracing real Iranian Traditions The Royal Mirage was a host to the internationally acclaimed Shanbehzadeh Ensemble who performed  for the first time in The UAE In honor of the  Nuruz Celebration with the Iranian Community.
The Night also featured a special performance by Mahran Atash (winner of the Googoosh Music academy 2011).
An unforgettable experience the venue was decorated in white floor Mats, And white Balloons.
With and amphitheater feel, white rose were placed gracefully on the Stage that sparkled with glitter & crystals, the Setup as a whole looked like one beautiful piece of Art. 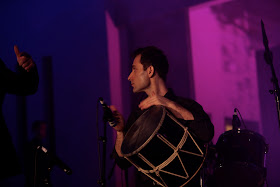 The Ladies Private View of the auction highlights, in the presence of HH Sheikha Shamma Bint Kahlifa Bin Hamdan Al Nahayan, and other prominent women of the UAE such as HH Sheikha Mouza Bint Mubarak, HH Sheikha Osha Bint Shaikhbut, HH Sheikha Sheikha Bint Saif and other members of the Al Nahayan family. Also on show was the unique 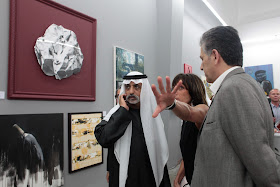 Just Like the Iranian New Year which goes on for Days, MOP is an event of three nights. On the 23rd of March  450 of the Magic of Persia lovers and art Patrons gathered at the Goldophin Ballroom of Emirates Towers for the most awaited auction of the year.
Inaugurated with a special speech by His Highness Sheikh Nahyan Moubarak Al Nahyan who encouraged Art and Middle Eastern Talent, This night included a traditional Persian Nowrooz meal and featured a show by Boghart Geneve.
Boghart one of the world most renowned jewelry brands showcased a breathtaking collection from the Faux-Jumeaux earrings to the natural pearl Necklace and the yellow Diamond rings, dinners had a chance of eyeing every single piece as models turned around the ballrooms.
The Show was than followed by the most awaited moments of the evening where Christie’s hosted and auction that raised approximately USD710,000 aimed to help chartie organizations. 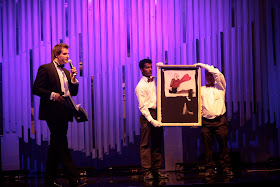 The Magic of Persia events were followed by exclusive after parties at the Republique Club where Elite by stolyshniya, as sponsors, treated the guests into super premium vodka Drinks while dancing till the early hours on the mix of the best Iranian hits of all times. 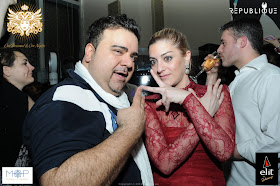 Funds raised during Magical Nights in Dubai 2012 will be dedicated to supporting our beneficiaries, Kids Company, London; the Future Centre for Special Needs, Abu Dhabi; and the Omid Foundations as well as sustaining Magic of Persia’s ongoing art initiatives. Magic of Persia is also in sponsorship of Artist’s Talks at the British Museum, Saatchi Gallery Education Programmes and London Filmschool Scholarships which will be taking place during 2012